The Daughter of Sherlock Holmes

I recently started reading a series of books based on The Daughter of Sherlock Holmes.

While putting in a book request on line last month I saw that the latest book in the series was listed in the New Books section. I looked to see if the earlier ones were available and when they were requested them. 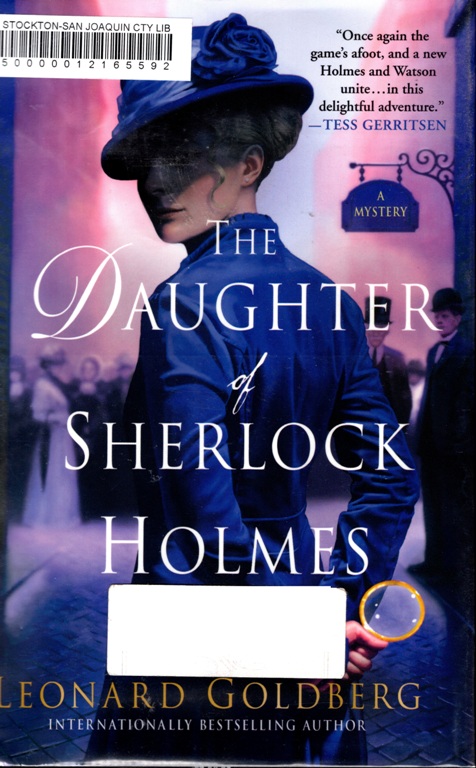 The first book in the series is The Daughter of Sherlock Holmes. The series is written by Leonard Goldberg who is known for his Joanna Blalock series of Medical Thrillers.

In this series the lead character is also named Joanna Blalock and she is the unknown daughter of Sherlock Holmes. In this first book we find out her background as she is revealed to a London a generation on from when Sherlock Holmes solved his mysteries. John Watson is still living and along with his son meet Joanna and solve their first mystery together. 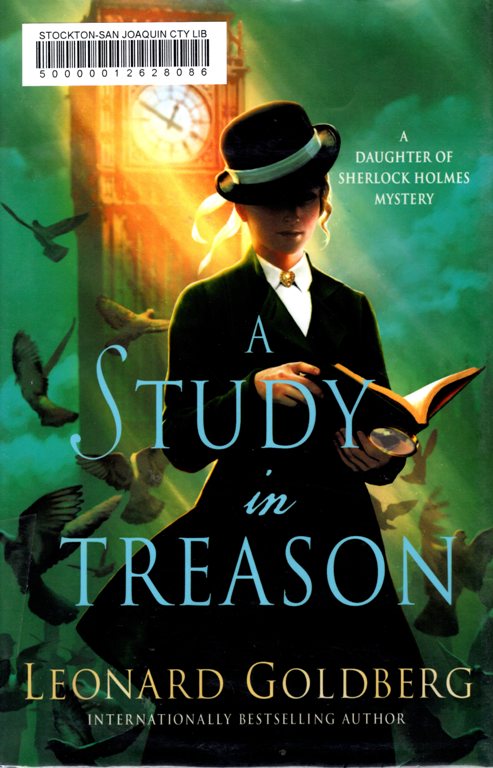 A Study in Treason was actually the first book of this series that I saw. I ran across in on the new book shelf two years ago. However, at that time the first book in the series was not in the library system. I asked that it be added, as I did not want to start reading a series with the second book. I had not thought of this series again until I again saw the latest book last month.

In this book an Author’s note lets us know that the modern day Joanna Blalock is the granddaughter of the Edwardian Era Joanna Blalock.

In this book John Watson Jr. has married Joanna and together they solve a closed door mystery.

The third book in the series is The Disappearance of Alistair Ainsworth. I am about halfway through this volume and am really enjoying it. In this one they are trying to find a missing codebreaker during World War I. 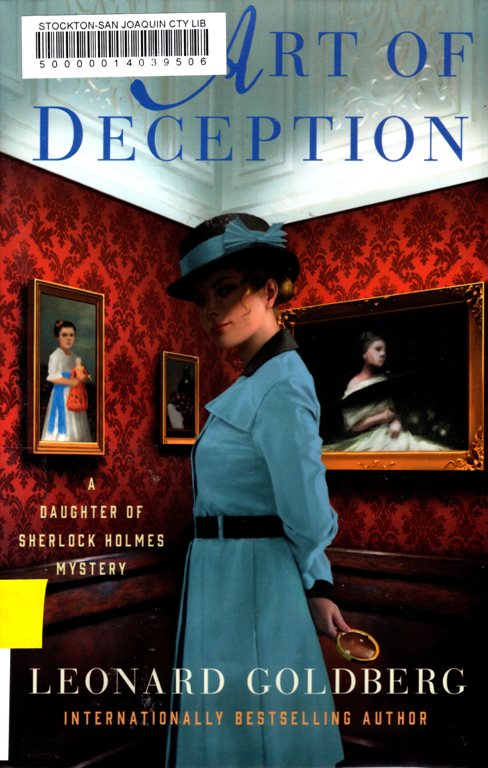 The Art of Deception is the fourth book in the series and is about art that is being vandalized during home break ins. I am looking forward to starting this one later this week.

In all of these cases Scotland Yard is having trouble solving the crime and our heroes are called in to help out. Of course what would Scotland Yard be without Lestrade. His son is now in charge.

I really like this series of books as it reads much like the original series, only in a slightly later time period. There are many references back to the time of Sherlock and we see some of the same characters or their descendants as the stories play out.

This is a well written series that I definitely recommend for fans of the original Sherlock Homes stories by Sir Arthur Conan Doyle or one of the many screen adaptions of Sherlock.