I have been thinking of Ein Gedi tonight while preparing slides for my class tomorrow about David on the Run.

I was able to visit Ein Gedi back in 2015 after spending two weeks digging at Lachish.

I have also been driven past a few times and captured pictures out of the window of the bus.

This picture was from my first trip to Israel back in 2012. Here you can see the palm trees at the base of the hills. 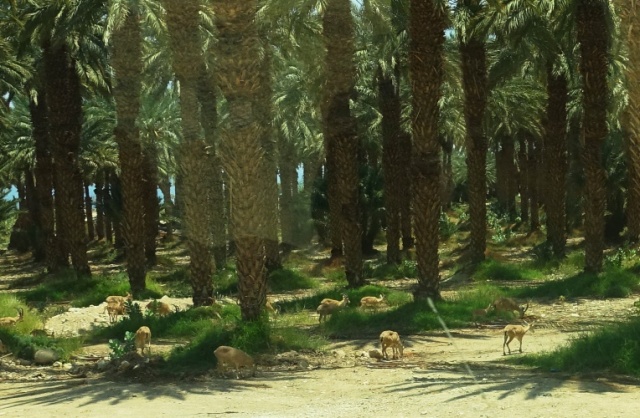 I was also able to capture a snap of a small herd of ibex among the trees.

How about A Close Look at an Ibex?

Click on the link for a few more pictures.

In 2015 my friend Luke and I hiked up into the hills following the stream that comes down to the sea. There are many waterfalls as the stream drops down from the top. 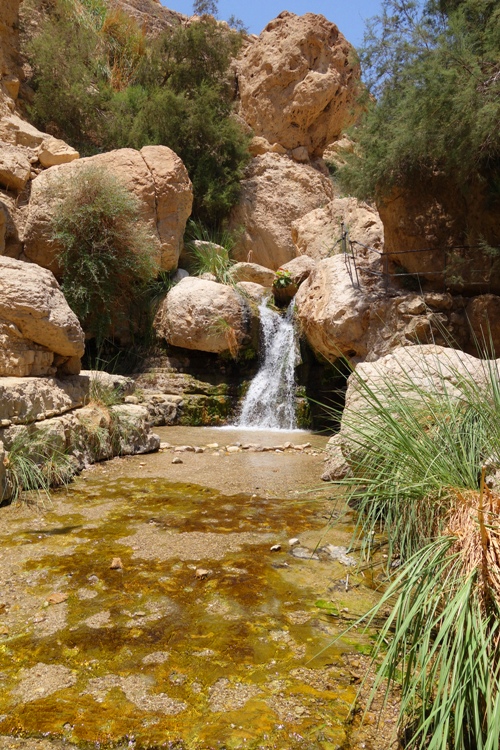 It is a very beautiful and peaceful place when others are not around. However, there were a lot of people there the day we visited. 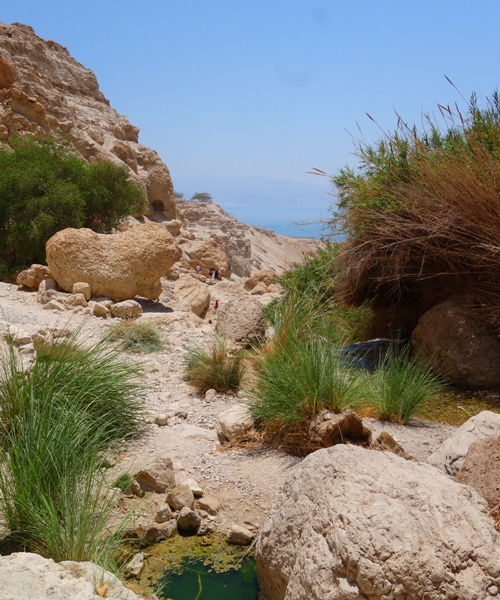 There is also a great view out over the Dead Sea. 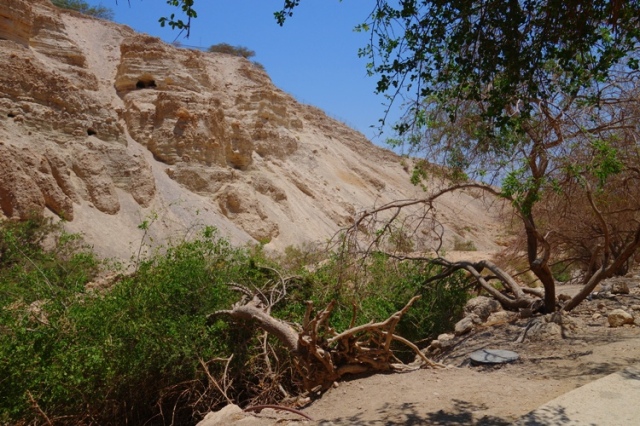 The area was also full of caves. Some were high up in the hills and others were closer to the ground. I could just imagine hiding in one of the caves.

We stood under the waterfalls and let the water wash away the dirt and grime of two weeks of digging. The water was cold but refreshing.

Not a bad place to camp out if you didn’t have someone hunting for you.