Today I traveled through four states.

I started my day in Iowa. Since I had flown into Omaha I had to drive back to turn in my rental car and catch my flight.

I had a nice scenic drive on I-80. I saw lots of fields and farms.

Here I am on the plane in Omaha, Nebraska. You can see Iowa in the distance as the airport is just off of the Missouri River. 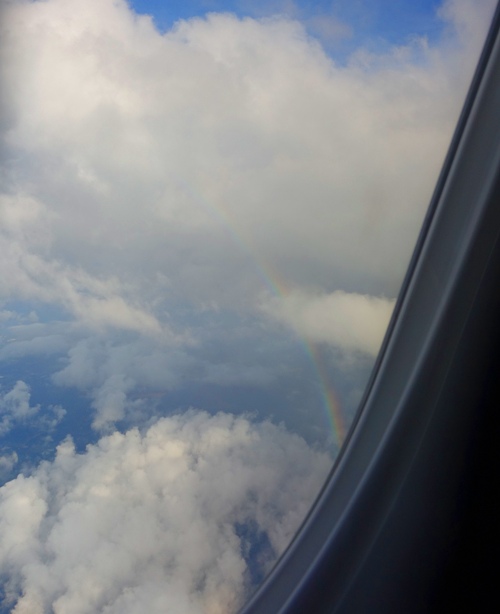 As I was nearing Houston, Texas on the first leg of the trip home there were big thunderheads in the sky and I also saw a rainbow. 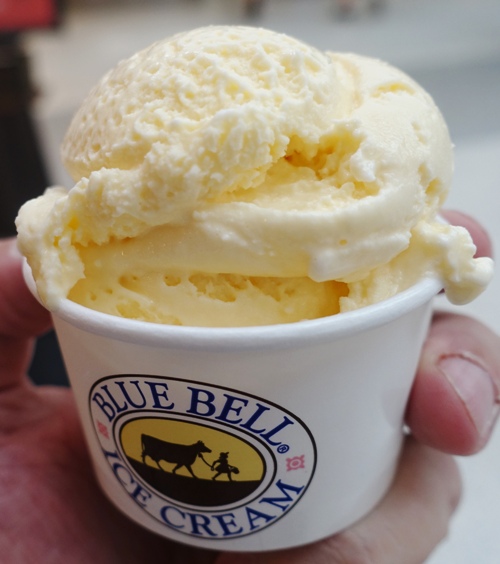 One nice thing about flying through Texas was having some Blue Bell ice cream. My favorite flavor is Home Made Vanilla.

Then on to San Francisco after my nice cup of ice cream. We landed a few minutes late as we had to wait for the Stanford women’s field hockey team in Houston. We actually took off about a half hour late, but made up the time.

Then a long drive home.

Now for some sleep.