Tonight I was treated to dinner by one of my former students who lives close to where I am teaching this week. I have known her for about 10 years and she has attended many of my courses through the years. She will also be in my course next week.

We went to a restaurant named Paper Crane which is in King City, Ontario. The restaurant serves sushi and other Japanese cuisine.

The chopstick holders were really cute as they were shaped like cranes.

I of course ordered some hot tea to drink, but also had some water. I really liked the teapot and tea cup. Someday I need to share pictures of some of the teapots that I have.

The meal started off with some miso soup and also a house salad. The miso soup was really good. I really like miso soup and will sometimes make some at home. However, what I make is usually not as good as what I get in a good Japanese restaurant.

For an appetizer we had some nice salmon sashimi. The salmon was really nice, especially with a little bit of wasabi mixed with soy sauce. 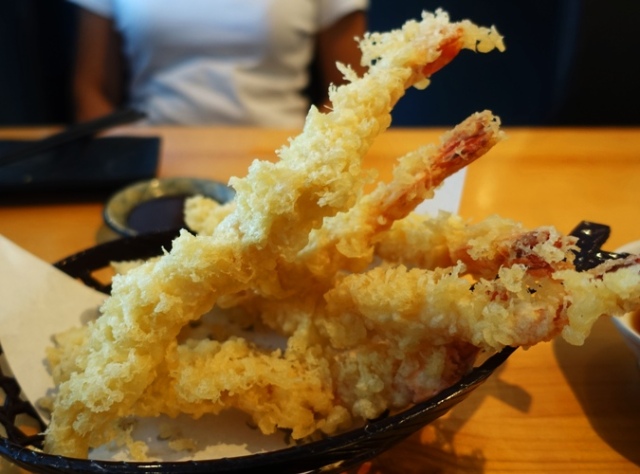 We also had some tempura prawns. They were also very good, but a bit messy. The tempura was really nice and crisp. 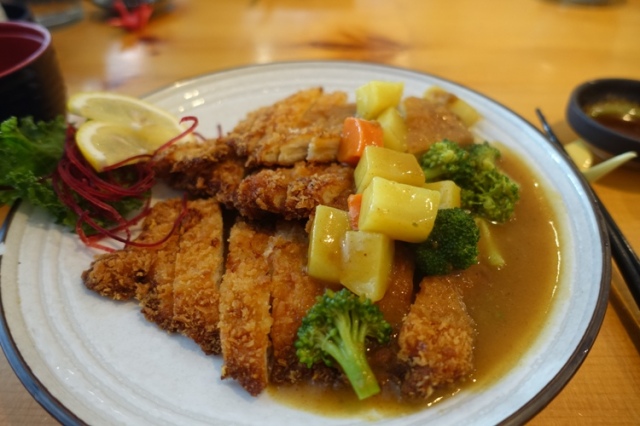 For my main dish I had the Chicken Curry. This is basically a chicken katsu served with a curry sauce. This was really good and also a very large dish of food. I was really surprised as to how big the portion size was.

After our dinner I visited the home of my student and met her husband, daughter and niece. It was a very nice evening with good conversation, good company and some nice tea.