While in Jerusalem between the two weeks of the dig we visited the City of David and walked through the water system. 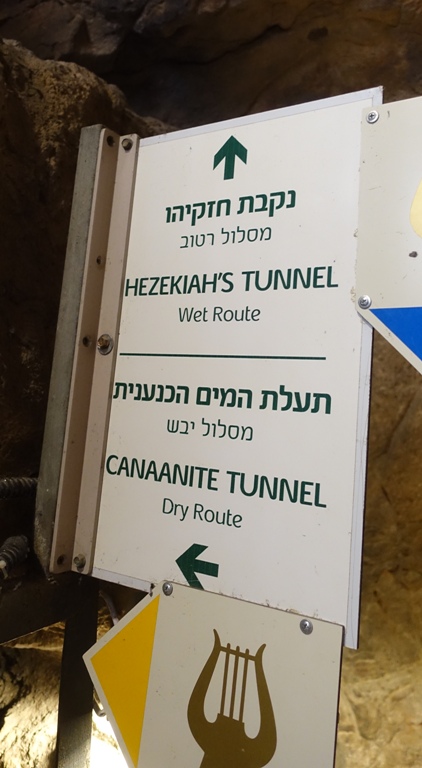 See: Hezekiah’s Tunnel and Over, Under and Around Jerusalem

The older Canaanite Tunnel is a bit narrower, but has higher ceilings. The tunnel follows natural fissures in the rock, so winds around a bit.

There were some spots that were a bit tight. I even had to turn sideways at one place to make it through.

Near the end of the tunnel it opened up a bit and was not quite so narrow. 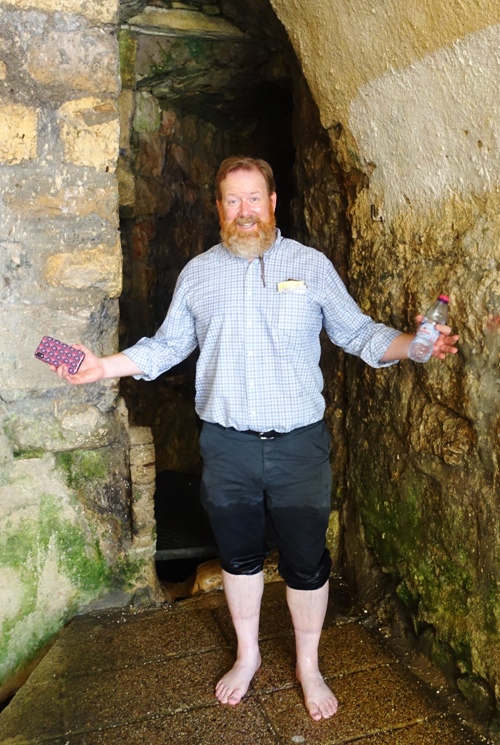 After exiting the tunnel I went and met the rest of the group who had walked through the wet route of Hezekiah’s Tunnel. Here you can see how deep the water was. You do have to walk with your knees bent in parts of the very dark tunnel so the water level is not quite as high as shown here.

It is an experience to go through Hezekiah’s Tunnel, and perhaps on my next trip I will take the wet route again. It will all depend on who I am with and how I feel that day 🙂