Posted on September 7, 2014 by vanbraman

The last few times that I have been down the snack aisle at the grocery store I have seen a snack cake that looked interesting.

Finally this week I decide to buy a box of them. Maybe the fact that they were on sale helped make the decision 🙂 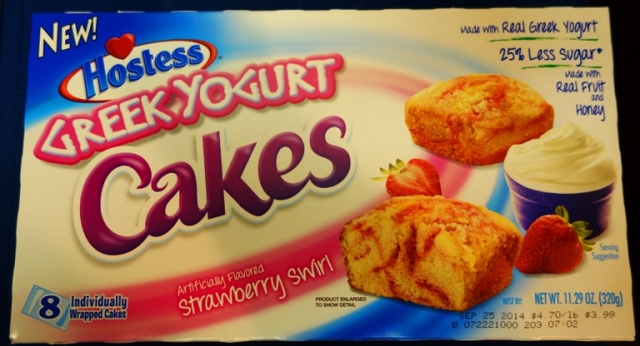 The cakes are from Hostess and are Greek Yogurt Cakes.

Greek yogurt seems to have taken over the yogurt aisle, so why not snack cakes as well.

The cakes are made with real Greek yogurt and and also real fruit and honey, although the strawberry is artificial flavored.

Perhaps they are a bit healthier. 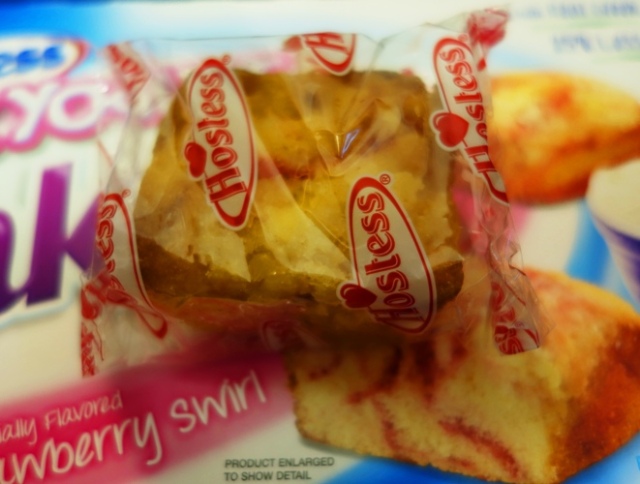 Here is one of the individually wrapped cakes. It was time for a taste test, but first another picture. 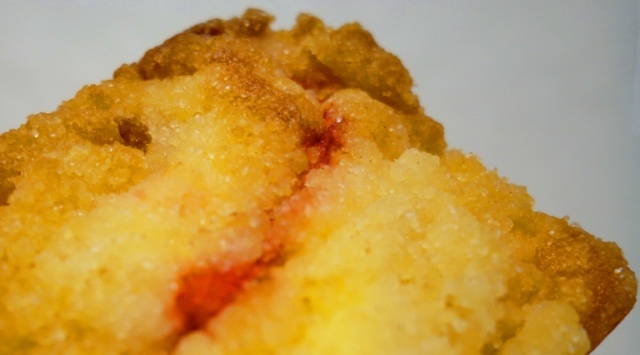 The cake had a nice look to it and the textured surface was very pretty. You could see a nice vein of the strawberry swirl in the top of the cake. 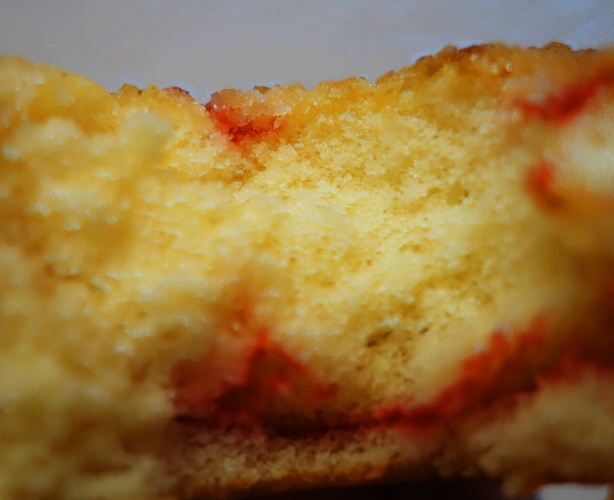 Here is the cake after a delicious bite. I really like the texture of the cakes. The interior has a nice consistency with a nice sweet crust on the top.

I liked the density of the cakes and they have a really nice taste. Perhaps it is the Greek yogurt.

Hostess has a few more flavors of Greek Yogurt Cakes, so I may have to try them if I see them at the stores. The Apple Cinnamon sounds really good.

The new Hostess has been adding new varieties to their snack cake lines, especially different flavors of Twinkies.

The new Hostess continues to fine tune their operations and announced last month that they would be closing the original Twinkies factory in Illinois to improve their production efficiency.